Alumni Story  -Raul Estrada -CCHS Graduate 2011 – (Symphonic Band, Marching Band Member – Horn)
High School is the place where most kids begin to experiment with their style and personality. They begin to try new things such as sports, clubs, dating, and other extracurriculars. It’s the foundation of preparing your grades and yourself for college. Most students stress out over Advanced/Honors courses and applying for college. Others stress over girlfriends/boyfriends, losing weight, or other simple teenage drama. Where does a student have a time to relax? Band was my escape from my stress. I looked forward to Symphonic Band every day. I honestly just love playing my instrument. Whenever I played, either with the band or just practicing by myself, it just felt right. Band isn’t just putting your lips on the instrument and making a sound. In Band, especially this band, the musicians produce music and portray a story to listener’s ears. That’s why I love band so much. In band, I found my passion of making music. And even more so with this particular group, I can continue to play and travel around the world at the same time. This group has given me the opportunities to travel to Europe not once, but twice. This band has shown me culture and respect for the world we live in. This band has given me a chance to perform in one of the most prestigious concert halls in the country. I have made so many friends and Best friends in this group.  I have seen more parts of the world than I had ever hoped for. And this band has given me so many memories and a room and can go back to if I ever want to visit.
Countless memories I have with this group. I remember playing and marching at home football games, competitions, and having practice every day in this desert heat. But, it was probably one of the best experiences ever. I would love just being with my friends during games and competitions. We would listen to other bands, goof around whenever possible and of course, doing our little tradition of going to In-N-Out after the football games. It was just fun to be with people I’m closest with all the time. Symphonic Band has, in all reality, changed my life. I have seen 5 European countries in the span of two years. I discovered my love of learning other cultures and languages. I have learned to be responsible with learning my music and preparing it to its highest standard. But most importantly, I have grown as a person with this program and I owe it all to Mr. Whitmore
I don’t think Mr. Whitmore really understands how much his students look up to him. He is so poise, sophisticated, intelligent, and has the drive to accomplish anything. Mr. Whitmore showed me how to be mature and to be smart of my choices. He gave me the drive to practice and become a better French Horn player. Where I am today, I owe it all to Mr. Whitmore. He has done so much for me and the band. I could never repay him for how much he has influenced me. To me, he is my second dad. My friends and I spent countless hours in room 815 either practicing, eating lunch, or just hanging out. That room was our home. Now that graduation has come and gone, I still pay a visit to the room from time to time and visit some friends who are still band. But more so, I just love to be in the room. I love looking at all the old pictures still on the wall. I love seeing my locker I used all of high school. I honestly just love band. I couldn’t be more grateful to Mr. Whitmore who sacrificed so much of his time and dedication for us students to shine and have some of the best opportunities out there. But also,  given are the memories that I will never forget. Thank You For Everything Mr. Whitmore.

Alumni Story – Ashley Fabro – CCHS Graduate 2011 (Drum Major – 2009 &2010, Symphonic Band Member)
As I reentered the high school once again to visit band camp. I was struck with an instant feeling of belonging. Due to the sounds of the familiar pit in the band room, and gradually making my way down the hall yet to hear the marching band warming up. I couldn’t help but create a big smile on my face. As I entered the theater, I came to a realization that no longer was I in the band nor Drum Major anymore but I knew it was our legacy playing. And it makes me proud to say I was once a member of the Royal Regiment. I have so much faith in the new members and I know that the returning members will further their commitment into striving for excellence and keeping the legacy alive. People don’t get to experience what we have in band, the special connection to music and each other as a whole. I hope to see this band program, committing to excellence, upon the alumnus return. I cannot thank you enough for being such a vigorous band director. I am glad and proud to say I was a padawan Drum Major then made my way to a Jedi Master Drum Major for this superior band, it was my passion. And forever it will be in my heart. Jedi Master for life. Well, I’m off to start my classes at college on Monday. I don’t know how I will survive without playing my flute in band, bringing down that heavy podium to the field or getting hit by my baton. I’ll miss this greatly. I wish for a successful season! Go Band! Thank you Mr. Whitmore for everything, I truly can’t thank you enough. And thank you to the members of the band making my high-school career the best I could ever ask for. It was such an honor to be in this band program.

Alumni Story – Danica Serrano – Graduate, 2010 – Symphonic Band Member – Flute
Out of the many memories and amazing experiences I have had in the CCHS band program the one that impacted me the most was the symphonic band performance at the Los Angeles Disney Concert Hall, home to the Los Angeles Philharmonic. Performing in such a prestigious venue is something that I personally take pride in. Anticipation, stress and a bit of frustration were about the only emotions I felt for those couple of months leading up to our performance. For it being the first year that I had played piccolo in the symphonic band, I was extremely nervous yet very eager to perform. Night after night I would practice piccolo in my garage due to the fact that I was not allowed to play it inside because according to my parents it was too “shrill” of a noise to listen too. I beg to differ.
Performance day had finally arrived. Everyone meet at the school that morning to have a quick rehearsal with Dr. Tse, our guest saxophonist who flew in from Iowa. After making sure everything for the performance was ready, we loaded the busses and left for LA. We soon arrived at the Disney Concert Hall and had a sound check where we were allowed to have a quick rehearsal to get use to the way the band sounded inside the concert hall. After the sound check, the band was allowed time to eat dinner and look around for a while. We then returned to the concert hall and were the first to perform. There was silence followed by a quick breath and the band plunged into the dark ink on the page. My fingers flew over the keys of the piccolo in unison with the others in my section. The piece comes to an end and the audience applauds. The sense of pride that runs through my veins is incredible. The sensation of being a member of the band chosen to perform on such a prestigious state is something that I cannot even begin to describe. The feeling of pride and accomplishment surges through my body. I realize the hard work and dedication I apply to music is something that will follow me and is something that I instill when doing everything, no matter how difficult or easy the task comes.
My audition for symphonic band was a last-minute decision. I thought “Hey, why not?” and hoped that maybe, just maybe, I would get in. Thankfully, after a very intimidated audition, I was accepted a spot in the flute section of the band. At the time, I had no idea what I gotten myself into, but I was quick to realize how fortunate I was to be in a role that challenged me further than I ever imagined. As a freshman, who just got used to the two-page pieces in middle school, I was suddenly thrown into a class that not only focused on the notes on the paper, but the piece’s style, musical intent, and even the breathing techniques! It seemed impossible for a freshman like me to ever get through it. but I did. With enough drive and help from friends, I was able to get through it. That year, I had the most unforgettable experiences at New York and Carnegie Hall. Playing on that prestigious stage reminded me of the commitment and perseverance we all had that I knew would not only help us in band, but further in our lives. When I felt the overwhelming gratification after the performance at Carnegie, it made me realize that I would want to continue band for the next three years.
After New York, I never imagined that we would someday be performing outside of the country. but luckily we did! Going to the United Kingdom was an opportunity that I probably would never have again. It was an incredible experience and, thanks to band, one I will never forget. Everything in the United Kingdom was completely different, a refreshing look to a different culture, and now I am glad to say that I have been one of the few in this city that have actually seen and been in a cathedral. By going to these amazing places and playing in these prestigious stages, I’ve realized that without the importance of responsibility, cooperation, and work ethic that was continuously instilled in us, we would never have had the chance to have so many unforgettable experiences. Band has been an integral part during my high school years. It has helped me overcome challenges and further devote myself to excellence. It is not just a class; not just an extracurricular activity nor a fine arts requirement, but rather it served as a function completely of its own. It improved principles that strengthened and embedded themselves into the foundation of what I want and will become: a person prepared for their future. 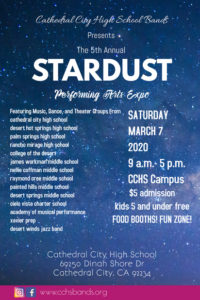